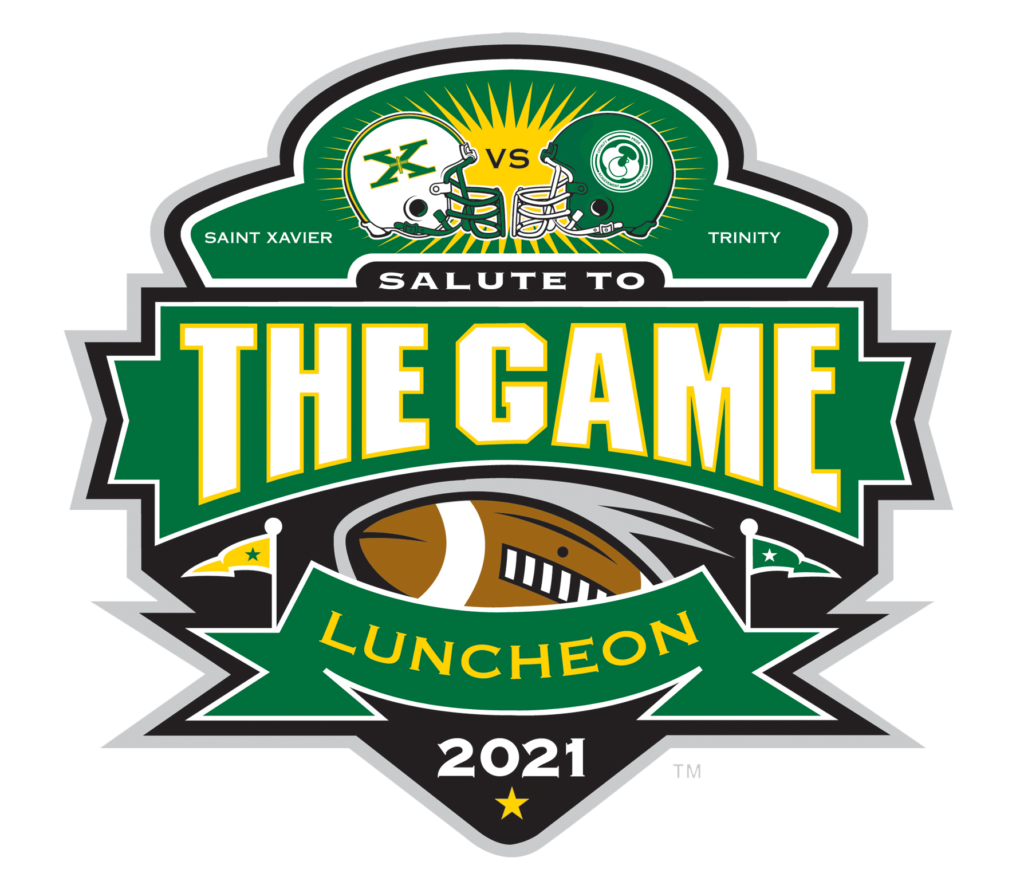 (LOUISVILLE, Ky.) – In celebration of the nationally recognized rivalry and thrill of the annual Saint Xavier – Trinity high school football game, the Catholic Education Foundation will host its fourteenth annual Salute to THE GAME Luncheon at noon on Thursday, September 23, in the Archibald Cochran Ballroom at the Galt House Hotel in downtown Louisville.

The luncheon has become a hallmark event for the community and one of the largest of its kind in the Commonwealth, raising over $3.2 million in support of Catholic education in central Kentucky in only thirteen years.  Last year, the virtual event netted an astounding all-time record $500,000. The 88th edition of Saint Xavier – Trinity football showdown will take place on Friday, September 24 at Cardinal Stadium at 8:00 p.m.

Foundation President Richard A. Lechleiter remarked, “We are so thankful to both the Saint Xavier and Trinity communities for allowing the Catholic Education Foundation to further its mission through the Salute luncheon event. We invite everyone to mark your calendar for this exciting event that showcases two of our outstanding Catholic schools and their storied football rivalry. We’re thrilled to be back in person at this year’s event, so come aboard and join the fun!”

Most Reverend Joseph E. Kurtz, D. D., Archbishop of Louisville and Foundation Board Vice Chair, noted, “Ever since I arrived in Louisville in 2007, I’ve been amazed by the level of community support for this great event! Who would have ever dreamed that a luncheon could create so much opportunity for families who want their children to attend a Catholic school but can’t afford to do so? What a blessing for all of them!”

Foundation Board Chair Charles J. Dahlem added, “I want to give special thanks to Louis Straub and all our friends at Independence Bank for their enormous investment of $40,000 as Lead Sponsor of the event – and for the second consecutive year! The passion that all of you have for family access to a life-changing education is fantastic!”

Local radio and television personality, Mr. Tony Vanetti, will serve as the master of ceremonies at the event.  The luncheon will feature the Head Coaches from each school – Kevin Wallace of Saint Xavier and Jay Cobb of Trinity – as well as star players from each team.

Sponsorship opportunities and individual tickets are available.  For more information on this event or to learn more about the Catholic Education Foundation, visit our website at www.ceflou.org or call (502) 585-2747.

For over 200 years, Catholic schools have contributed significantly to the social, spiritual and economic fabric of our entire community.  The Catholic Education Foundation is a 501(c)(3) not-for-profit organization dedicated to the growth and vitality of Catholic education in the Archdiocese of Louisville.  Since 1999, the Foundation has awarded over $42 million in support of Catholic education.