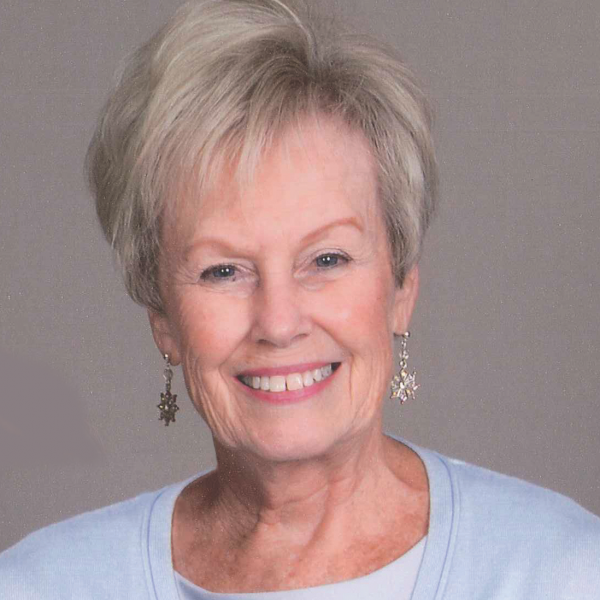 The fifth of nine Cobb children, Betty Arnett happily describes her Catholic school journey as
her greatest inspiration to a life of service to others.

Betty attended Holy Family School, then finished her grade school days at newly-founded
Resurrection School. Then it was on to Presentation Academy, where her older brother helped
to pay her tuition. Following graduation, Betty attended Bellarmine College while also teaching
at Guardian Angels School. At the age of 23, she married her high school sweetheart, David,
and they began to raise their family.

After several years of teaching at Catholic schools, Betty’s path took a different turn and she
worked at local funeral homes for nearly ten years helping families deal with the grief of losing a loved one.

Having a life-long passion for writing, Betty returned to college and earned her undergraduate
degree in Humanities from the University of Louisville in 2001. In 2006, her script for My Fair
Gentleman, a play about how illiterate adults struggle for survival, was presented at the
Juneteenth Jamboree of New Plays hosted by Actors Theatre. She then went on to publish her
first novel, The Unbroken Connection, in 2009, for which she was honored by the Kentucky Arts Council.

Betty has been a long-time volunteer at Presentation Academy and was named its Outstanding
Alumna in 2016. She is also a leader in The Queen’s Daughters, Catholic Charities refugee
ministry, and St. Agnes Church, where she and her family have been since 1976.

Betty and David have two children, Patrick and Mary Beth.